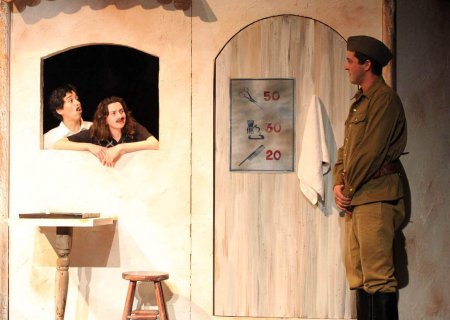 Comedy-drama. In a country on the Mediterranean Sea that has seen many decades of war, two brothers live a peaceful, unfettered existence. Then a foreign occupation disrupts their lives in unimaginable ways.

Kaput has played to many school audiences, including the National Schools Festival in Grahamstown 2012, with an over-whelming audience response.