Lereko Mfono, affectionately known as Rex, is a young writer, theatre-maker, facilitator, storyteller born in Vereeniging, South Africa. He began doing drama classes at the Vaal Operatic and Dramatic Society and then went on to do his High School at the National School of the Arts where he matriculated with 3 distinctions, one of them Dramatic Arts.

He has stage managed productions for Omphile Molusi (Itsoseng) and Warren Nebe (Through Positive Eyes, 2013). In November 2013, Lereko was selected to participate in an international exchange to France as part of the ‘ASSITEJ- Inspiring a generation programme’ to create theatre work for young audiences.  He has worked as a storyteller for Zanendaba Storytellers started by Dr Gcina Mhlophe in 1992 and interned as a facilitator/trainer at Themba Interactive, working with inmates, orphaned & vulnerable children. Lereko is currently studying Applied Drama at Wits University – Drama for Life.

Has no online offerings at the moment. 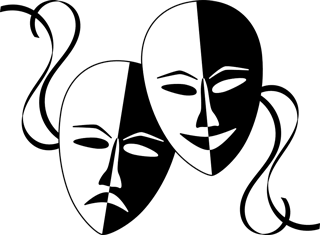