Eliot Moleba is a Johannesburg-based writer, director and researcher. His interest and passion is to tell stories about things affecting young person in South Africa, today. He was recently one of the playwrights in residence for ASSITEJ SA’s Inspiring a Generation programme, currently one of the playwrights in residence with The Royal Court Theatre, London, and an alumni from the Theatre Project with the DO School, Hamburg, Germany.

His writing and directing credits include The Man In The Green Jacket (2013/4), Pondoland (2014), The Immigrant (2014), Sizwe Banzi is Alive (2011/2), among others. His new play for under 10s, The Squirrels’ Laughter, has been translated into German and Polish and is due to premier in Poland next year. In 2015, Eliot will partner with ASSITEJ SA to host an international cross-cultural collaboration between Wales, France and South Africa. In this project, they will create a show specifically for a teenage audience themed around the First World War. 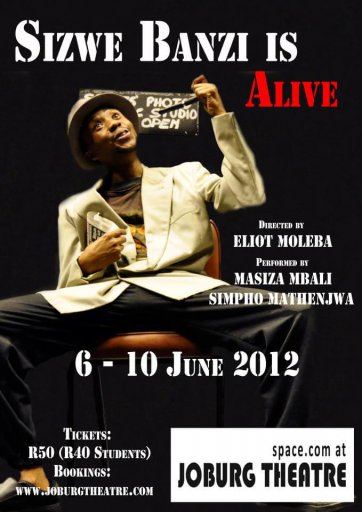