The piece will incorporate singing, dancing, acting and physical theatre. Its aim is to be edgy and very provocative in order to capture the pupil’s attention for the duration of the piece.

At the end of the piece the students will be given an opportunity to discuss some of the issues that they witnessed during the piece with a skilled facilitator.

Does anyone have any idea what the impact of the pandemic of HIV and AIDS is having on our children and their family life? How does one approach this sensitive subject? Did you know that a live theatre show like, Tand’ Impilo can open up a safe space to discuss the subject and this forum can save lives?

The play magically explores the story that every child can relate to. A young boy living a fun filled life; who is highly favoured by his peers for his good manners until one day when he decided to go against his mother’s will and his life changes forever. The boy finds himself trapped between what’s right and what’s wrong and all gets well when he finally decided to accept help from all those who care about him.

The play bears a strong message about life and the reality the characters face resembling that of young people face on their daily lives. Living in a society where it is not safe to talk to your uncles and brothers because they struggle to set a good example for the young ones. It’s a provocative and compelling theatre. It asks questions about whether the moral rehabilitation is possible, whilst telling an exciting, emotional and at times, humorous story. 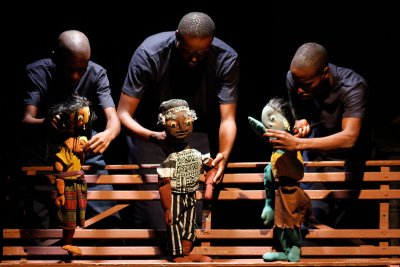 A barman, trapped by the codes of the bar that render him invisible; a flamboyantly macho cowboy, with a flair for the Argentine Tango; and a guarded woman, whose sensuous alter ego is released as she nurses her wine as if it were mother’s milk; all hover at the edge of existence, ever short of bridging the gaps between them.  The one minute they’re keeping time to the music, the next they’ve slipped out of the real time of their unfulfilled lives and into the vacuous space of the bar.  They flirt, fight, drink and forget, fuelled by the answers they find at the bottom of the glass.

Evil is attacking the City of Gold and stalking its citizens indiscriminately. Will the Fris Four, led by Captain Bliksem, be able to save them?

A heroic, physical hour of fun!

This is a tale that shows the cruelty of life, and how if you don’t respect life or don’t have a direction, you will not succeed. It tackles themes like abortion, unprotected sex with multiple partners, peer pressure, irresponsible teenage parenting, school drop outs and the importance of education in life.

Prodigal is an entertaining, moving, absorbing one-man play telling a universally accessible story of loss, love and guilt. It is marked by a powerhouse performance from Tim Redpath, incorporating elements of mime and physical comedy. Written by Lorraine Knox and directed by Dani Marais.

Luke is a poor farmer’s son who rejects family and home in a gamble for quick cash and prestige in the seedy underbelly of Jo’burg. In this coming of age tale Tim Redpath’s split-second character changes take us on a rollercoaster ride of rebellion, pride and sacrifice.

Prodigal played an extended run to packed houses and standing ovations at the Grahamstown National Arts Festival in July 2006 and 2007. In 2009 Prodigal had successful runs in Oxford and London and at the Edinburgh Festival where Tim won the Sweet Venue Best Actor Award for his performance. In March 2010 Prodigal returned to Oxford for a run at the Oxfringe Festival.

A deftly plotted modern classic, Prodigal follows the tale of a young Eastern Cape farm boy as he decides to leave home and seek his fortune in the fast-paced city of Jo’burg, South Africa. Snappy dialogue, split-second character changes, strong physical acting and innovative directing enables one man to bring a fantastic cast of characters to life. From a story-telling Xhosa woman to a morally dubious Middle-Eastern restaurant owner to an opinionated professor to a shady gangster, Redpath’s vocal and physical dexterity takes the audience on a rollercoaster ride of pride, prejudice and sacrifice.