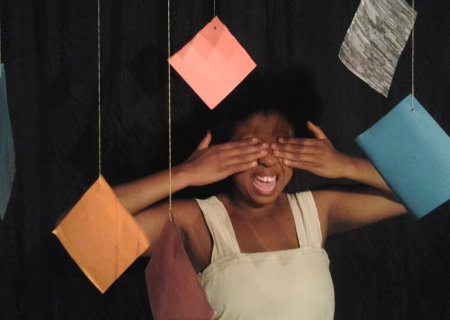 When an 8 year old girl loses her beloved half brother to a car accident and she is forbidden from attending his burial because of family rivals; that moment changes how the rest of her life unfolds. By sixteen she struggles to relate to her peers and people placed in her path because she is trapped in the past. She begins to communicate with her late brother through letters she writes to him in her diary and through trying to “tap into death”, she writes him stories of how her life has been without him and wonders whether things would be different if he was around. We see her at her happiest when she is in a realm between life and death. The society perceives her as suicidal and a danger to herself but she does not really want to die. In the midst of fighting for her life her biggest wish is that she could somehow run away from life while her brother runs away from death and they could meet each other halfway, to sit at the edge of the world and confide in one another. Everyone has come to a point in their lives where they have questioned whether they would be better off in the spirit realm or if they should fight for just one more day in the physical world – Running is about that very reality.